Here's the W101 Central posts guides (*which goes into depth/commentary with my sub-notes explaining the tactics of the rivals) the 1v1 & 4v4 series (*links/images added).

*Basically this is a recap have things visualized for the future -- posted the video with the intention in mind for people to learn from former duelists their tactics/leadership skills the key to become a successful pvper -- 'Knight/Veteran/Commander/Warlord' in ANY AGE by constantly LEARNING & showing INNOVATION in W101. First Age, was one of my favorites - fought alongside many colleagues, wasn't as good as I am now implemented strategies from other established wizards while creating my own path but eventually managed to become a 'First Age Warlord' & an established duelist -- 2nd Age, didn't necessarily care for; 3rd/4th Ages was fun, complex, & interesting (think I became a 3rd Age Knight I believe, 4th Age currently no title but my expertise makes up for that). I'm glad the game has been evolving over the years look forward to many more. This edited playlist is meant to highlight 3rd/4th Age pvp evolution -- if time permits & I complete Empyrea while obtaining all the required gear, jewels, etc I'll see what I can do & test out LVL 130 (EXALTED) PVP. **I know people rant about Ice/Storm etc being so powerful dominant in the arena my take on school dynamics is KI created them for a reason. Despite ICE being a defensive class, with upgraded power, resist, hp I enjoy taking them on creating counters for nearly everyone I face in the arena along with the likes of Life/Myth/Death their unique combative abilities etc.

-- Reminds me of the old days when I first created my blog & fought alongside the 'Order of the Keeper' good memories. *Maybe one day I'll compete in Central's tourneys (PvP Central) & other Wizard101 fansites like Duel Circle & Final Bastion.

NOTE - For extra pve/pvp related content make sure to follow my YT @MalornWS until next time everyone.

**Bonus Content -- do you think this concept is suitable for future ranked 7 spells? Let me KNOW your thoughts in the comments people. I DEFINITELY THINK SO (*just imagine those spells incorporated into pvp) created by @john_dragoblood via Twitter 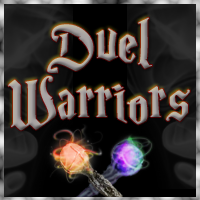